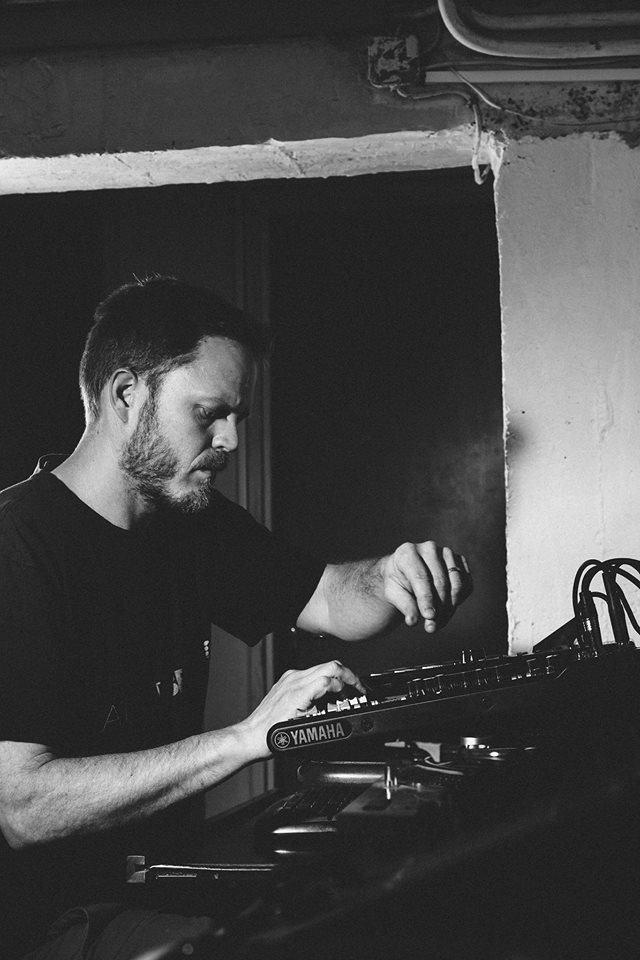 Co-founder of the French brand new label Ondulé Recordings, Joss Moog, native from Paris, is known as one of the most active artists on Robsoul recordings on which he has released top notch releases as his well-known series of "Rooms".
Since then, Joss has been standing up on the house music scene and can boast a rich discography on labels such as Magnetic, Maracuja, Syncrophone, Minority, Reisei records, Layers label, Piston, Forest Walker, Gourmand, 294 music, groovetraxx and many more..

The label he has been driving since April 2015 with his close friends Around7 and Jean Cé tries to contribute to the renewal of the "French touch" electronic music by offering a quality house music deeply inspired by disco, funk, soul/jazz & hip hop, having always one word in mind: GROOVE!!

His musical experiments brought him to elaborate a particular sound and atmosphere that can be perceived in each and every set and production he does: funky enough to make it into Jackin’ house sets, hard enough to wrap around some tech, and groovy enough for those soulful types to grab on for dear life.

The Messenger : 1st of all thank you for you music. Let's start with meeting you. What is your story? How did your DJ career take off?

Joss Moog : I’m Joss Moog, producer and Dj,  native from Paris, co-owner of Ondulé recordings and known as one of the Robsoul recordings active artists. I’ve been producing and playing for about 10 years. I think my career took off the moment when my first EP « Forever Pimpin’ » was released.

Joss Moog : To play in Greece 🙂

TM : Many djs claim that djing in a club full of people or in just a small bar projects the exact same feeling,what do you think?

Joss Moog : The feeling is not the same, it actually is completely different to me, but I think the meaning of this sentence is that you can have great feelings in both situations. However, due to the proximity, the intimity and the closer communion you have with the public and the music in small places, I guess this is true most of time in small venues.

TM : Your remix on Comunicå's track "Lock Stock 'n’Barrel" is out on Comunicå Records and has already received great feedback and reached #23 on Traxsource charts.Your 2016 summer was full of parties and festivals such as the Defected festival in Croatia,Widen,Weather festival and Riot in Argentina just to name a few.What can fans expect from you over the winter season?

Joss Moog : My first time in Australia next February ! I’m very excited about this one.

TM : Ondule Records and 4th Sign are your newest projects,tell us more about these new ideas.

Joss Moog : Ondulé Records is the label I launched with my close friends Around7 & Jean Cé in April 2015 on which we try to offer a quality house music deeply inspired by disco, funk, soul/jazz & hip hop, having always one word in mind: GROOVE!!
4th Sign is one of my side projects with my long time friend & producer Around7, with who I have common background & influences and the same love of original samples & genuine loops.
We released parts one and two of our « Eloge de la Lenteur » series on Ondulé last may 2016 and we gonna release the third part soon.

TM : Which do you enjoy most - performing live or recording in the studio and why?

Joss Moog : They are complementary hobbies ! I always come back from gigs my mind full of ideas about the music I heard, the demos I tried.. You can listen 100 times to a track in the studio, the best way to understand it is to play it in a club. I’m well aware of the chance I have to be able to create a song and then have the chance to share it with people the day after!

TM : Which tools do you use to produce your music? Do you use Ableton , Logic or any other music production software?

Joss Moog : My good old cubase, my MPC3000 and a bit of ableton which can be really helpful.

TM : What’s the best piece of advice you’ve ever been given?

Joss Moog : Production tip : your ears are the most important element of your studio !

CMNC006 was the most successful release so far on the label showing that people love the Comunica's unique style and Joss's special touch. The aftermath of the release still echoes on our ears. That's why Joss prepared a new remix for free download for all of you... enjoy

Stay tuned about Ondulé’s releases !! Joss has a lot forthcoming stuff on the label for 2017.  You can find more about Joss on the links bellow:
Resident Advisor

The Messenger of Comunica